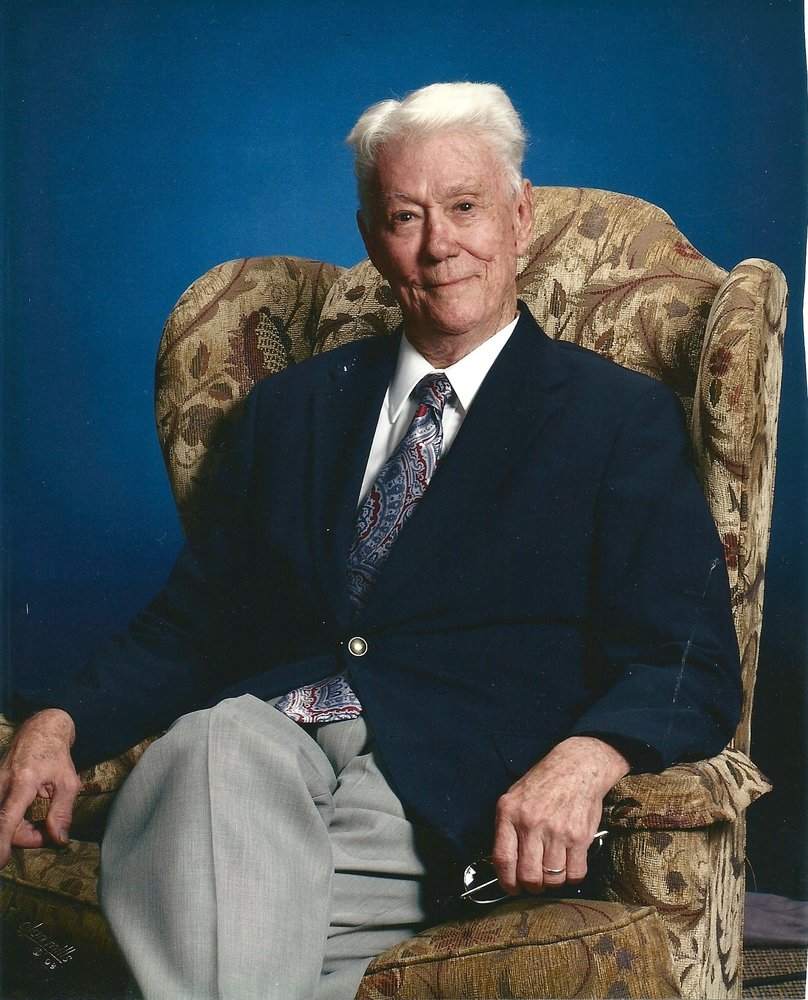 A Celebration of Life service will be held at Christ United Methodist Church, 410 N. Holden Road, Greensboro on Friday Dec. 20, 2019 at 2:00 pm., with greetings among family and friends at the Church, after the service.

Harold Benjamin Spangler died peacefully at his home on December 12, 2019. He was a North Carolina native, born August 2, 1925 and raised in Shelby, NC. He attended school in Cleveland County, then Mars Hill, Wake Forest University, and Bowman Gray School of Medicine. He served in the United States Air Force, with the rank of Captain.  He was a pediatrician in Greensboro, North Carolina for more than 30 years, where he raised his family of five children with his wife, Trudy.  He published several books of poetry while still actively practicing medicine, was a member of the Don Trexler Singers, and an active member of the Sertoma Club and Christ United Methodist Church, where he taught adult Sunday School classes for many years.

Dr. Spangler then became semi-retired, moving to the Blue Ridge Mountains off the Blue Ridge Parkway in 1976, where he ran a Bed and Breakfast with Trudy. This mountain home, people, and surroundings were the inspiration of many of his later poems. He loved reading, gardening, woodworking, home improvements and furniture building, crossword puzzles, and traveling all over the world. After his beloved Trudy died, he met and married beloved Martha Robison/Spangler. They became residents of Meadows of Dan, VA & Greensboro, N.C. and he continued to be active in things he loved to do: B&B hosting, gardening, woodworking, and to travel, & to share his life with friends and family, and think, sing, and write.