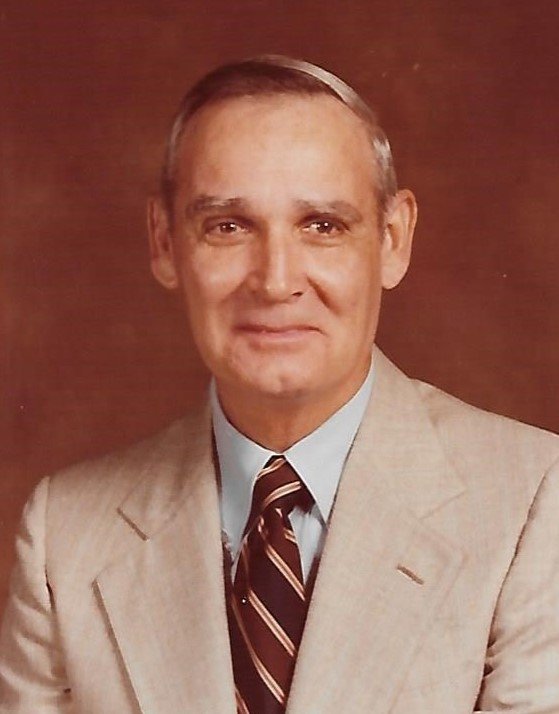 The family will hold a private graveside service will be held at Lakeview Memorial Park in Greensboro, NC. Pierce-Jefferson Lambeth Chapel of Greensboro, NC is in charge of arrangements.

Howard was born Feb. 26, 1923 in Alamance Co. NC, son of the late Amos Martin Jones and Lollie Mae Jones. He proudly served his country as a Corporal in the US Army Air Force from 1942 until his honorable discharge in 1945. He graduated Cum Laude from Appalachian State Teachers College in 1949 with a B.S. Degree in Math and Physical Education. He ended a 32 year career in education with his retirement in 1982. He is remembered as “Coach Jones” by many of his former students of Monticello High School, NE Guilford Sr. High School and NE Junior High School. He coached three Guilford County Championship teams – Baseball in 1951 and 1952 and Basketball in 1955.

Howard was a very modest man and had a great love of God, Country and family. He enjoyed fishing and watching the Atlanta Braves.

He is survived by his sister Alene Mahin and her daughter Barbara Kim of Villanova, Pa and his nieces Kathryn Carey of Catawba, NC and Gail Beaver of Charlotte, NC, his sister-in-law Jane Murchison of Greensboro and numerous other nieces and nephews.

Share Your Memory of
Howard
Upload Your Memory View All Memories
Be the first to upload a memory!
Share A Memory
Send Flowers