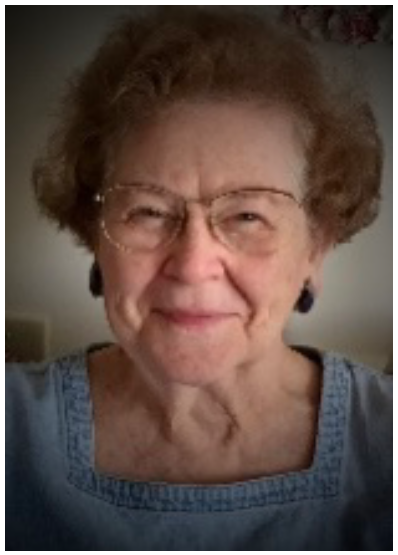 Mrs. Sarah Morris Williams Gramley passed away peacefully in her home on Friday October 23, 2020. She was born Sarah Alice Morris on April 19, 1933 in Kernersville NC.

She attended elementary and high school in Kernersville but graduated from Lawton High School in Oklahoma while following her father’s military assignments. A Dean's list student and Charleston Dance Champion at Duke University, she was visiting her parents on military assignment in Tokyo where she met and married Capt. William Dawes Williams Jr. After tours overseas they returned and lived in Virginia and North Carolina raising three sons.

After a stint at Oak Ridge Military Academy as Executive Secretary and ﬁnishing college with honors at night from UNC-G, Sarah became a school teacher at Stokesdale Elementary. She continued with night school while working and caring for her parents and three children. Sarah earned her Master’s degree with honors in Library Science. She ended her career as the librarian at Colfax Elementary. During those years she met and married Mr. Hugh Andrew Gramley of Winston Salem.

Retiring in 1996 she enjoyed travels to Europe, Africa, Australia, New Zealand as well as time with her five grandchildren. Sarah was extremely well read, well-traveled, and intelligent. She was a sought after bridge partner. She was an active member and volunteer within committees and circles at Main St United Methodist Church in Kernersville. She was a member of the Daughters of the American Revolution, volunteered within the Kernersville community as a Librarian, and as an Adult Literacy teacher. She continued her volunteerism within committees at Friends Home Guilford.

Sarah is survived by her brother and wife Fred H. and Ann C Morris of Oregon; her three loving sons, William D. Williams III, Steven M. Williams, and Stuart P. Williams, and their spouses Esther Williams, and René Williams; five grandchildren Max, Madison, Joanna, Christina, and Miranda; nieces and nephew, Lester, Elizabeth, Laura and Melissa; and numerous extended family and cousins including Alice Harris. Her loving close friends are too numerous to list but include Sally Greenfield, Ann Barton, Ginny Wagner, and Sally Hawkins to name only a few.

Sarah was preceded in death by her husbands, Maj. William D. Williams Jr and Mr. Hugh A. Gramley; by her parents, LTC Fredrick H. Morris, and Mrs. Georgia Newman Morris; as well as her beloved sister Mrs. Martha Morris Ewing.

A service to celebrate her amazing life will be held at 2:00PM Sunday, November 1, 2020 at Main Street United Methodist Church.

Memorials can be sent in her memory to Main Street United Methodist Church in Kernersville, NC, the Veterans of Foreign Wars (VFW), or The National Coalition for Literacy.