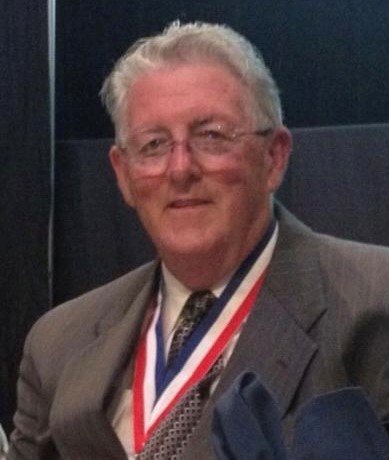 Wilt Browning, who for more than 40 years wrote about sports with elegance, grace and humility, died Wednesday, Feb. 3 in San Clemente, California from the coronavirus.

Born and raised in Easley, S.C., Wilt grew up on Third Street, just a long fly ball up the hill from Easley Mill where his late parents, Willie Lee and Martha Browning, worked their entire lives. He was a proud “linthead,” the name given to textile workers who labored in the mills and would often come home covered in the lint produced by the looms.

He was so proud of his roots he wrote a book titled “Linthead” where he chronicled his early years on the “mill hill,” years that produced his kind and gentle spirit but also gave him the insights and understanding that would mark his writing.

He was going to be a sports writer, not a mill worker, because, as he once wrote, he loved “the smell of newsprint … over the smell of carded cotton.” But he never forgot his mill hill roots, where heads bowed for grace over pinto beans and cornbread and where the Easley Church of Christ instilled in him the kindness and grace that would mark his life.

Wilt started his journalism career lugging more than 100 copies of the Greenville News around the mill hill in the early morning darkness and cool sunrises and collecting the 35 cents a week his neighbors were willing to pay for the news of the day. But Wilt thought it was worth it because he got to read one of his early heroes, Scoop Latimer, sports editor of the News. He wrote he “worked for Scoop” by carrying those newspapers “though Scoop never knew.”

He grew to love baseball watching the Easley Mill team, one of hundreds southern textiles mills fielded in the middle of the 20th century. Baseball was probably his favorite.

He enlisted in the Air Force 14 months after his high school graduation in 1955. He found himself in Topeka, Kansas where he worked part time for the Daily Capital and State Journal. With the help of sports editor Bob Hurt, his career started.

But before it began to soar, on Feb. 29, 1956, leap day, he married the love of his life, Winifred “Joyce” Cantrell. They were married for 62 years until her death in 2018. They had five children and Wilt was always quick to point out that Joyce did most of the raising while he was on the road chasing stories.

He became the first beat writer for the Atlanta Braves with the Atlanta Journal-Constitution from 1966-71, and broke the story that Hank Aaron had his sights set on breaking Babe Ruth’s home run record. He and the late home run king became friends, and Aaron once took Wilt to task for failing to criticize him in print for making a poor throw that set up the winning run against Pittsburgh.

He also had stints with the Greenville (S.C.) News, the Charlotte Observer and the Asheville (N.C.) Citizen-Times and also spent five years as public relations director for the Atlanta Falcons and one year in the same job with the Baltimore Colts.

But the bulk his 40-plus years were spent with the Greensboro (N.C.) News & Record. He was named sports editor in 1977, a title he held until becoming the sports section’s full-time columnist in 1982. He was voted North Carolina’s Sports Writer of the Year in 1982, the first of five times he would win the award.

His work was so respected he was inducted into the North Carolina Sports Hall of Fame in 2012, at the time, one of just seven sports writers to be so honored. He was also a member of the South Atlantic League Hall of Fame and served as president of the N.C. Hall of Fame.

He loved his family and he liked to fish, but often claimed he did a lot of fishing “but not much catching.” And he loved the written word, authoring eight books, most of them about sports.

Wilt called his years in sportswriting “the best of times.” At his hall of fame induction he said, “I was among the lucky ones who worked through the most wonderful time to be a sportswriter, especially in North Carolina.” It was, he said,”a golden era.”

An era he helped make.

In addition to his wife and parents, he was preceded in death by son Mark Browning and sister Marlene Browning Burke.

Virtual Funeral Services to celebrate his life will be held 4:00PM Tuesday February 9, 2021 at www.Pierce-JeffersonFuneralService.com. Click on Wilt’s obituary link and then click the link at the bottom of the obituary “Tribucast”

Memorial contributions may be made to the Cancer Services, 3175 Maplewood Avenue, Winston-Salem, NC  27103

Services for Wilt Browning
There are no events scheduled. You can still show your support by sending flowers directly to the family, or planting a memorial tree in memory of Wilt Browning.
Visit the Tribute Store

Share Your Memory of
Wilt
Upload Your Memory View All Memories
Be the first to upload a memory!
Share A Memory
Send Flowers