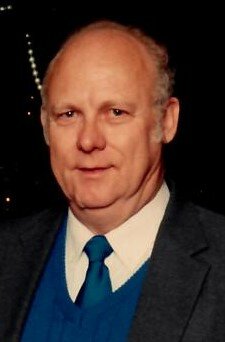 Jackie was born December 7, 1936, in Pitt County, NC to the late James Snowden Johnson and the late Dorothy Coker Johnson. He grew up in Carolina Beach, NC and Glenco, NC. Jackie graduated from Pleasant Grove High School in 1955. Jackie proudly served his country in the United States Navy from 1956-1962 and in the United States Coast Guard from 1963-1970. In 1990, he moved to Kernersville to work at Deere-Hitachi Machinery Construction Corporation, retiring in 1997.

There will not be a visitation. Memorial services will be held at a later date.

In lieu of flowers donations can be made to the charity of your choice.

Services for Jackie Johnson
There are no events scheduled. You can still show your support by sending flowers directly to the family, or planting a memorial tree in memory of Jackie Johnson.
Visit the Tribute Store

Share Your Memory of
Jackie
Upload Your Memory View All Memories
Be the first to upload a memory!
Share A Memory
Send Flowers