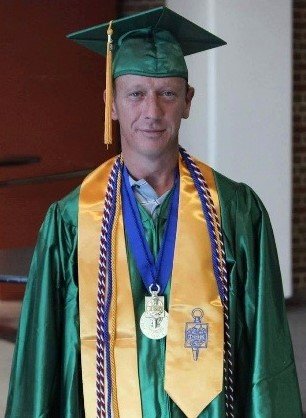 Donny "Duke” Williams, 46, went home to be with the Lord February 21, 2021, as he passed away peacefully at Randolph Hospice.

Duke was a native of Guilford County, and the son of the late Cynthia Jo Pedley-Williams and Jesse Odell Hall. In addition to his parents, he also was preceded by his grandparents, Frances Mabe Pedley and John “Dub” Pedley; uncle, Harry Mabe Jr.

He served his country with the United States Navy. He graduated from Southern Guilford High School in 1993. He later graduated from NC A&T Phi Theta Kappa with honors.

Share Your Memory of
Donny
Upload Your Memory View All Memories
Be the first to upload a memory!
Share A Memory
Send Flowers