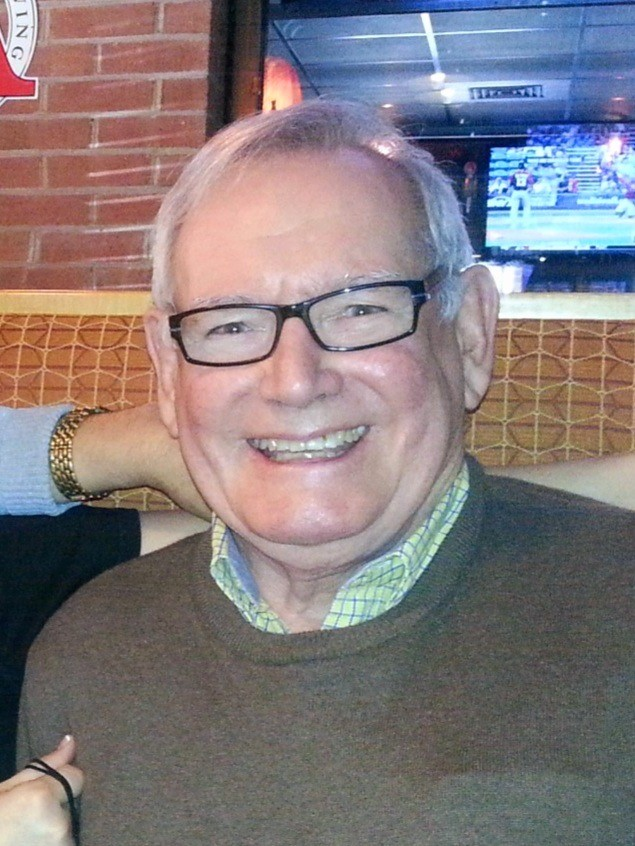 A Mass of Christian Burial will be held 11:00AM Saturday, April 17, 2021 at Holy Cross Catholic Church with Father Noah Carter officiating. Inurnment will follow at the Holy Cross Cemetery Columbarium. There will be a vigil service from 6:00PM to 6:15PM with the family greeting friends from 6:15PM to 8:00PM Friday, April 16, 2021 at the Pierce-Jefferson Funeral Services Kernersville Chapel.

Born in Scotland on December 1, 1939, Ed was the son of the late Edward Reilly and Mary Agnes Gibb.

Ed spent his childhood in Clydebank, Scotland and attended trade school to focus on mechanical engineering and later met his wife, Elizabeth “Liz” when they married in 1965. Ed worked for Rolls Royce in Canada and moved with them in 1971 to the states and later joined US Air and Piedmont airlines. After retiring in 2000, Ed had the opportunity to volunteer at the NC Transportation Museum in Spencer. Ed was a lifelong fan of the Scottish Football (soccer) Team Celtic United.

Ed was an active member and volunteered at Holy Cross Catholic Church. He never met a stranger and always had a smile on his face. Ed was a wonderful husband, father, brother, grandfather and friend.

In addition to his parents, Ed was preceded in death by a brother-in-law, Jim Gray.

The family would like to thank the staff at Forsyth hospital and Pennybyrn for their excellent care and compassion towards our husband and father.

In lieu of flowers, the family asks to make donations to the Leukemia Foundation at www.leukemiafoundation.org

Share Your Memory of
Edward
Upload Your Memory View All Memories
Be the first to upload a memory!
Share A Memory
Send Flowers